Random Thoughts of an aspergian actress

Once again I had to take to Twitter for ideas (I’m going to regret admitting that) and I was greeted by some sad news. Michiyo Yasuda, color designer for beloved animation studio Studio Ghibli, has passed away.

Today is not going to be a typical blog post. I won’t be dishing out any advice or sharing a clever anecdote. I just want to quickly pay homage to this woman who helped create movies that changed the way I look at the world. 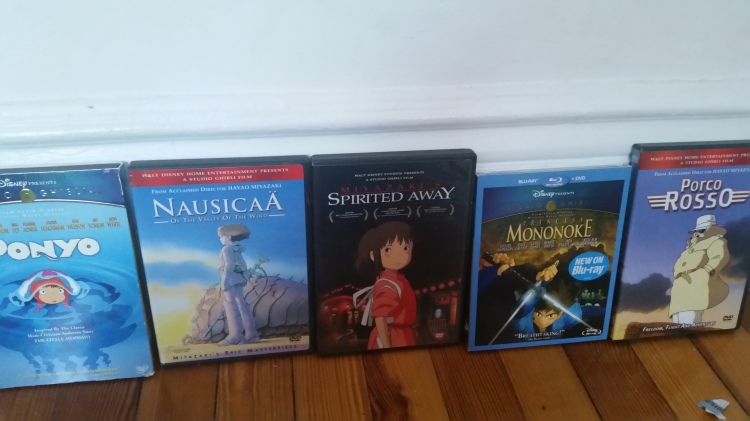 For those who don’t know, Studio Ghibli is basically the Disney of Japan (actually Disney does the American distribution for the studio’s films, proving once again that Disney is going to grow into it’s own nation and assume control of the world). You may have heard of some of their films, but for those of you who haven’t, here are a few noteworthy ones: Nausicaa of the Valley of the Wind, Grave of the Fireflies, My Neighbor Totoro (for those of you wondering what that big mute cat thing was in Toy Story 3, this is where it came from), Howl’s Moving Castle, and Ponyo, to name a few. However, there are two specific films that Ms. Yasuda worked on that influenced me in particular: Princess Mononoke and, especially, Spirited Away. One day I will do an in-depth look at both of these films, but I just wanted to quickly say what they mean to me.

Princess Mononoke is an epic dealing with themes such as man versus nature, good versus evil, all that good stuff. And at the heart of all that is the title character, a human girl named San who was raised by wolves and hates all humans. Though some might say she is not as fleshed out as the other characters, I always felt particularly drawn to her because of the contradiction of her existence. All her life she has been raised to believe that she is a wolf, a wild animal, all the while her body makes her an outcast among the kingdom of animals she was raised in. In a bizarre way that I will do my best to explain, this sort of reminds me of the process actors go through in regards to typing. We may go through life believing that we are the dashing hero, the wacky sidekick or the Disney Princess (it all comes back to Disney) but as soon as we get in front of casting directors or agents, they have a completely different view of how we fit in the theatrical world based on how we look. I myself stuffed my rep book with pretty soprano songs only to be told that I was too “edgy” for that.

Then there’s Spirited Away. The first and so far only anime to win the Academy Award for Best Animated Film (feel free to correct that statement). There’s not much I can say about this Alice in Wonderland tale that hasn’t already been said by every film critic worth his salt. I will say one: I owe a great deal of debt to this movie because this was the film that got me to view films as an art form that should be analytically studied. It started my obsession with movies: I started seeing as many films (not just anime) as I could in the hope that I could get as much out of them as I did Spirited Away. This in turn caused many of my loved ones to advise me to write a blog about movies, which in turn blossomed into The Acting Aspie. So in a way, I owe quite a good deal to Spirited Away.

Lizzy Andretta is an actress based in New Jersey. She blogs about her experiences being an Aspie and other subjects stemming from said topic. You can follow her acting work at lizzyandrettaactor.com.